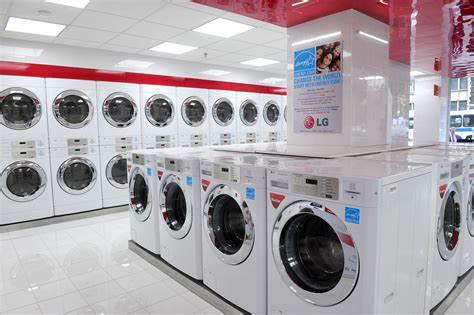 The display on the washing machine has been completely turned digital, and all the modes and options can be selected through the touch screen. The indicators further tell you at which level you are in the process of washing. Pause buttons have been introduced, which means you can pause your washing cycle even after the washing is started.

This is useful when you want to add some clothes that you missed initially. Delay washing is also available if you wish to wash your clothes at a particular time. The settings generally fixed by you can be loaded into the memory of the washing machine so that it can pick the favourite washing mode for you and wash clothes accordingly.

There are some safety features that modern washing machines are introducing. Child locks help to prevent children from messing up with the washing machine buttons and door. Overflow and leak prevention system have sensors to detect when there is some problem that is arising. Anti-foam technology helps to prevent the foam whenever there is more detergent than expected.

How Washing Machine is a Miracle For Women

There are many advancements over the years of how we are operating daily. This is especially true for women. As the household chores are mostly taken care of by women, it is quite difficult to carry out each task precisely. It used to be much more difficult to handle these tasks several years ago. Thanks to the growing technology that these household tasks have become much easier. Speaking of which, washing machine is one of the most important advancements that is helping women in carrying out the difficult task of washing clothes.

Traditionally, women used to wash clothes by hand. Additionally, she had to handle the laundry of the entire household. For cleaning the clothes properly, they had to use some harsh cleaning agents. When regularly used to such type of manual washing, skin got damaged and many women had their health spoiled involving in such load of physical work. It is hard to even imagine women taking care of washing all the laundry if she belongs to a large family. And it is not about washing clothes, she has to do other kinds of household activities too. There are medical issues that happened in the past due to manual washing of clothes as women have to use hands and have to have a lot of energy to dry them too.

When washing machines were first introduced, it was a good thing for everyone but it is a boon to women as in fact, they are the ones that carry out these tasks. Even today, women take the responsibility of washing clothes but with washing machines, the job has become much easier and she can carry out other tasks while the clothes are washing. In this way, she can get more time for herself too.

All you need to do with washing machines is dump your dirty laundry in the machine, add some water and detergent and press on the required button. When the clothes are done, it indicates that the washing is done and that’s it you are done with the work. With modern washing machines, you can even dry your clothes inside the washing machine without drying them in the sun. There are options to wash your laundry based on the cloth material. Also, there are different types of washing machines like front load or top load ones which can save electricity, space and time. Customization is also possible with modern washing machines. This way, clothes are not getting damaged and so is the health of the women. Your clothes washing will be done in no time and you get clean clothes whenever you need them without much hassle.

Washing machines are definitely a godsend gift to all the women out there. In addition to getting cleaned clothes without much work, working women find them to be much more helpful. So, be thankful for these miraculous machines which changed the lives of women from being physically stressed out to having time for themselves to do what they need in life.